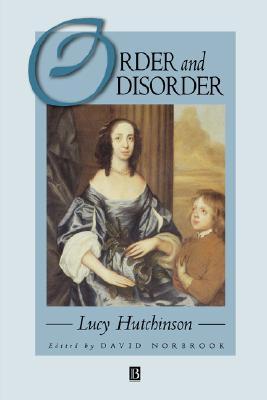 1. Guiding us to Experience Scripture meditatively.

Intense study of the Bible was an ordinary part of everyday life for Hutchinson. Prayer and meditation were an important part of this, and the beginning of the poem claims that these were the grounds for the imaginative poetry that followed (I.1-3, 21-37). Poetry by nature evokes feelings about its subjects, and Hutchinson’s meditations illustrate appropriate emotional responses to its content matter.

1a. Wonder at the Created World

Much of cantos I and II bring the reader to dwell on the beauty of the created order as each successive day of creation is completed. Like certain sections of OT poetry, (e.g. Job 37-38; Psalm 104), these sections of Order and Disorder have us stop and consider the variety and splendour of creation. It makes the reader see that it is wondrous, and that it was and still is ‘very good’. Although these cantos cover only Genesis 1:1-25, they span 727 lines, filling out different aspects of creation that are explicit in the biblical text or implicitly part of it, at least in Hutchinson’s understanding. This expansion displays to the reader the order and beauty and divine purpose in all that is made.

This order and beauty leads to admiration for the Maker:

To sing those mistick wonders it admires,

Contemplating the Rise of every thing

It also prepares the backdrop against which human sin is to be seen, which is introduced at I.10-11 (“… But Mankind / Alone rebels against his Makers will”) and dominates the latter part of the poem.

The value of these sections is that they connect the reader to the subject matter by making us take the time to dwell on the subject. For example, the words from Genesis 1:20-22 that state that God spoke all kinds of birds into existence are developed into 71 lines (II.252-323), illustrating the sheer variety of avian habitats, songs and habits, and highlighting the wisdom and piety that can be learned from them. Connecting in this way helps us to settle into the subject and catch the author’s frame of mind; in this case that of ardent wonderment inciting praise to the Creator.

1b. Horror at Wilful Unbelief

Another example impresses upon the reader the sinfulness of sin. At IV.203-212, Hutchinson comments on the internal processes leading to Eve’s decision to take the forbidden fruit. The development of this passage following its first line is striking. First, the image of Eve “quickly caught in the soul hunter’s net” (IV.203) presents to us a victim, evoking pity and perhaps even fear. Immediately following this, however, is a significant shift in tone. It continues by saying that Eve:

Believ’d that death was only a vain threat,

Infectious counsel in her bosome bred,

Dissatisfaction with her present state

And fond ambition of a godlike height.

Who now applies herself to its pursuit,

With longing eyes looks on the lovely fruit,

These subsequent lines build up a much more negative portrayal of Eve’s decision. Here she is not simply tricked innocently into her decision, but is stirred by impious thoughts and feelings before resolving to satisfy them. Notice how the simple action of sin is expanded into motivations. It is not merely the deed that is the problem; the internal motivations are what prompt the act, and it is these that Hutchinson creates to paint for the reader an indicting picture of the sinfulness of sin. Unbelief and disordered desire lead Eve to disregard God and justify her own course of action in lieu of proper obedience. This sobering presentation quells any initial feelings of pity for Eve and perhaps even evokes introspective feelings of guilt on the part of the reader, knowing that they too have been moved to sin by the same motivations.

The sinfulness of sin was a popular theme among the Puritans. This may not have been an endearing characteristic, but Hutchinson’s meditations at least show us why sin is a subject of sufficient gravity to mean it must be taken seriously.

In some places Hutchinson’s meditative manner of reading scripture fosters the Christian virtue of hope. Christian hope is founded on the promises God has made and looks ahead to the good things that will be given at their appointed time.

In the OT God’s rest on the seventh day of creation (Gen. 2:2-3) became the basis for the Sabbath day rest regulation (Ex. 20:8-11). A Christianised version of this practice, of spending the ‘Christian Sabbath’ or the Lord’s Day as the day of rest and worship, was taken very seriously by many Puritans. Hutchinson uses this as an occasion to promote Sunday church gatherings as a uniquely human privilege and enjoyment (III.580-611). This ‘rest’, she says, is a gift to be enjoyed and one which is really a token of better, future things: “Yet is this rest but a far distant view / Of that celestial life which we pursue” (III.612-13). The joy to be had by Sabbath worship is designed to foster hope for a greater joy to be had in eternity – the ultimate ‘Sabbath rest’. To her, failure to enjoy Sabbath rest and worship indicates an unhealthy soul, for it is too strong and substantial for a feeble Christian faith (III.616-23).

What might be taken from this diagnosis? Some no doubt would see her words as too stringent and even spiritually elitist. But her position is theologically consistent with her doctrine of humanity: humans were not simply made by God, but also for him. We only find our fullest satisfaction in him (cf. I.179-90; III.31-36). Music and feasting are earthly delights that she uses to describe the Sabbath properly enjoyed, which is itself a “far distant view” of the hope of the Christian life. That Sabbath is presented as something that should provoke Christian readers to more earnestly desire the promised better things.

The idea of spiritually sick or feeble souls is picked up again later in the poem, but this time is given more explicit grounds for hope. In God’s giving of animal skins to Adam and Eve (Gen. 3:21), Hutchinson sees promise of the future righteousness of Christ that will be provided for his people (V.267-89). Promise is likened to ‘fortifying cordial’ (i.e. medicine) for a sick patient. This promise is what sustains the soon-to-be-exiled Adam and Eve: “Their feeble souls rich promises upheld, / And their deliverance was in types reveal’d” (V.287-88). The promises enable them to look past their present woes toward the good that God ultimately has in store for them. In other words, the promises foster hope, and hope fosters enduring faith.[7]

Hutchinson’s practice gives us a guide in finding further grounds for hope in the less expected biblical texts. By taking the leads of this poem we can unearth grounds for hope- and faith-building encouragements as we ourselves reflect on scripture.

Spending time in the Bible and in prayer as Hutchinson evidently has will help us consider subjects with an appropriate frame of mind. This is the value of meditations of scripture. Order and Disorder shows us ways we can read, reflect and respond to the Bible.